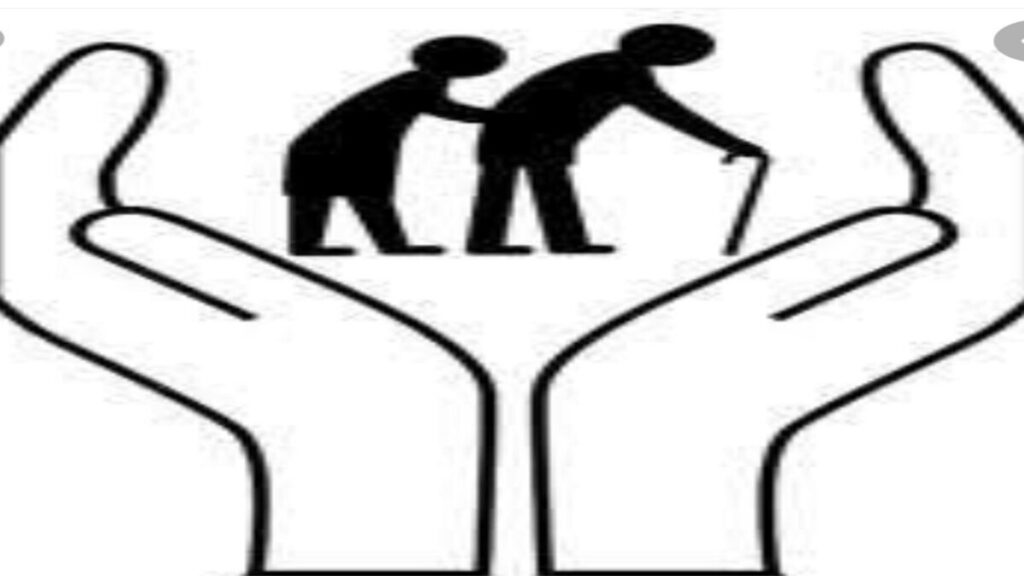 While pondering over how to introduce my topic, I came across these lines:

“The whole concept of ‘settling down’ is misleading. We think we will settle down after finishing our studies(seriously?)may be after marriage(nope), then we think we might settle down after being successful (doesn’t happen),certainly after having kids (do we?), okay after the kids grow up (absolutely not).

Life is not meant to settle down, life is meant to struggle, to explore, to wander, to love, to learn, to unlearn,to fail, to rebel, to live.

Even our ashes don’t settle, it flies away in all directions.”

Thanks to my dear friend and a fellow psychologist from whom I have imported the above lines.   Every single word is so very true and explains life so well.

I am in my middle age and while going through different stages of life, I thought I would settle down after every stage.  A definite and absolute ‘NO’, and I must admit that the successive stages were much more challenging. Now, I realize that there is nothing like settling down and every stage is to struggle, to explore, to wander, to love, to learn, to unlearn, to fail, to rebel, to live.

I have seen my grand parents through the old age, my parents into the old age and I will be in that stage one day and an inevitable stage for every one.   Having witnessed this stage from close quarters, I realize this stage is much more challenging.

Causes could be due to the aging of the brain, problems associated with medical co-morbidity and social issues such as breakdown of the family support system, social isolation, decrease in economic independence, low education, single status and disability.

I get to hear some of these lines about aged parents:

The above are only few of the examples.  Behind all of these, there maybe some  underlying physical and mental concerns which the elders are not able to express and we are not able to see.  For many children, grand children and to the elderly themselves, to think that there could be some underlying physical and mental concern itself is not acceptable.

To come to terms that someone who has been healthy, agile, active, disciplined, hard working, independent, etc and when he/she behaves in a certain way, it becomes difficult to accept that there could be some under lying cause to such outcome.

Mental health concerns during old age is a grey area for many.  Most of you have heard of  dementia, amnesia,delirium etc.  but what many don’t know is that, though they are related to cognitive impairment, they are different illnesses.  Each have different symptoms and also interventions are different.  Knowing about each one of them is important for management of the condition.

India is in the process of demographic transition.  With the advent of better health facilities, there is a  shift from high mortality to a low mortality scenario.  This has resulted in an increased proportion of older people in the total population, termed as “greying of population”.  The elderly population is facing a huge burden of communicable and non-communicable diseases.

Ageing causes changes in: brain size, vasculature (blood vessels) and cognition.  As we age our brain shrinks in volume and size, the pressure of blood in the vasculature(blood vessels) rises which further leads to stroke and ischemic(reduced blood flow) in the brain and also memory decline is associated with ageing.  One can experience chemical changes, hormonal changes and of course the changes due to the life experiences which cannot be negated.

Burden of mental health disorders is increasing in the elderly due to various reasons discussed above.  The mental disorders frequently encountered in Indian elderly include dementia and depression.  Other disorders include anxiety disorders, drug and alcohol abuse, delirium and psychosis.

Types of Cognitive disorders are:

Mr. A, a 70 year old, illiterate farmer had been performing his usual work of farming.  Initially, he had some difficulties in performing usual farm activities and made gross errors in home financial management.  Gradually, he lost his way to home from fields on several occasions.

His intellectual deterioration started interfering in his work.  He committed mistakes while sowing seeds.  Due to this,  his sons stopped him from going to the fields.  He spent most of his time in searching farming equipment.  He became quarrelsome and irritable.  Eventually, he needed assistance in performing his daily routine.

When examined 3 years after the first symptoms developed,  the patient could not recall correct place and time.  He could not recall his home address and remember the names of his two children.  He could not recall the last breakfast he had.  His speech was fluent and well articulated but he had difficulty in finding words for common objects.   He could not perform simple calculations correctly.   He had no insight into the nature of his problems.

Memory impairment is typically a prominent feature of dementia.  The patient finds difficulty in learning new information and to recall previously learned information.  The patients in dementia may also suffer from:

These cognitive deficits cause significant decline in social and occupational functioning from previous level. Important features differentiating types of dementia are:

We can identify dementia by observing these warning signs:

Delirium is characterized by short term confusional state and changes in cognitive functions.  Patients aged more than 60 years, having diagnosed with dementia,  burns, infections,  alcohol withdrawal  state are more prone to delirium.  Delirium can further be divided into:

Amnesic disorders is characterized by memory impairment and forgetfulness. It is an inability to lay down new memories, recall old memories or both.  It is further classified into three subcategories:

First step is diagnosis. It is always best that the diagnosis is done by a professional. Observation, interview with the patient and family members, laboratory examination to rule out any other cause and standardized assessment tool is used by the mental health professionals.

After diagnosis, treatment plan is devised which is specific to each patient.  Some patients may require both pharmacological as well as psychological therapy and interventions.

After facing life’s ups and downs; facing the challenges and eventually overcoming them;  having had a productive family life and work life; and then to live a life altogether different may become difficult to many elderly.  Some may not even cope with the changes that old age poses and may end up in depression.

Depression is prolonged periods of excessive sadness.  It is considered to be ‘Disorder of Losses’- loss of mood (sadness of mood); loss of interest in pleasurable activities; loss of energy.   However, disturbed sleep has also been shown to be the most common complaint.  Depression may be associated with medical condition too.

Depressed mood remains the hallmark of diagnosis of geriatric depression.  Elderly patients often report bodily symptoms: aches and pains, gastrointestinal disturbance rather than sadness of mood.  There is always a high risk of suicide associated with depression in late life.

Antidepressants remain mainstay for treatment of geriatric depression.  Therapies include family members for support building and motivating patients in activities.

Anxiety Disorders are thought to be the most prevalent disorders in old age with higher rates in older patients with medical co-morbidity.  Generalised anxiety disorders is most frequently diagnosed,  followed by specific phobias.

Some unique features in the manifestation of anxiety disorders in older adults include the minimization of psychological complaints,  an increase in somatic(physical) complaints,  and an amplification of external obstacles (concerns about finances,  difficulty with transportation, fears for the health of family members…).

Both pharmacological treatment and behavioural interventions are used to treat anxiety disorders.

Elderly are also prone to late onset psychosis like schizophrenia.  Patients with late-onset schizophrenia have more brain abnormalities and some types of delusions and hallucinations are more. The good news about senior mental health is that it is a treatable condition.  In addition to the possibility of clinical intervention through the use of prescribed medications or therapy, there are a number of activities and resources available to help older adults engaged and in  good mental health and spirits. I recall  a true incident which I experienced when vacationing in another country.  During vacation, one travels a lot and so did we.  Local cabs were very convenient and we used them quite often.   The drivers were quite friendly and cordial, and most of them made our drive a pleasant one but this particular driver is unforgettable for all of us.

While getting into the cab, I didn’t notice the driver.  As usual the cab driver got into conversation with us.  We exchanged pleasantries and as we were conversing, I realized the driver was not young, though from his talk he seemed to be  young but his hair was grey, his skin on his hands and side face was wrinkled and he was also wearing spectacles.  On curiosity, I asked him his age and to my disbelief he was 84 years old.  It was such a surprise because his driving skills, his thought process, his behaviour, his speech… were something which could fail an youngster easily.

Now, we became curious to know about his personal details.  On inquiring, he said he lived with his wife and he had children. grand children and great grand children too, but all of them lived else where.     He had sufficient savings and he was not working for monetary gains but to keep himself busy.  He said his wife was not very happy that he was working but he said he enjoyed what he was doing. He absolutely had no health issues, he exercised regularly and had good number of friends but their health was not as good as his,  He met his family members quite often. he was happy and content in life,

He joked in between the conversation, there was humour, positivity and  wise words for us out of his rich and long productive life.  A famous yogi of India says, “You have more issues in life means you are living an active life.”  I am sure, the protagonist of this story must be having his own challenges.  For me, he is the true hero and salute him for his spirits.

Not all cultures and countries encourage and provide opportunities to elderly. Even if they want to work, there may not be opportunities and some cultures do not support them.  However, one must find ways to keep oneself healthy and happy.    For someone who has rich experiences of life and given so much to others and the society, now is the time to explore, love, learn and unlearn…. live the life that you desire. 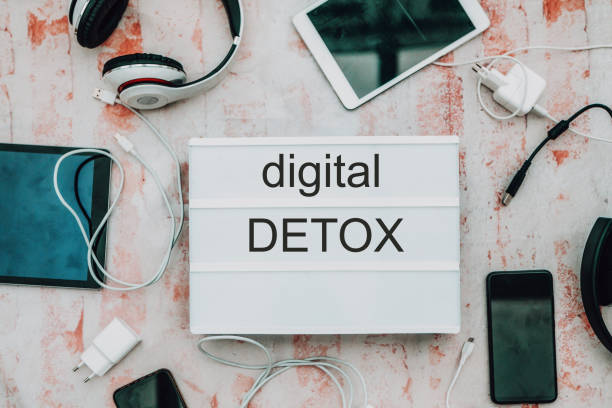